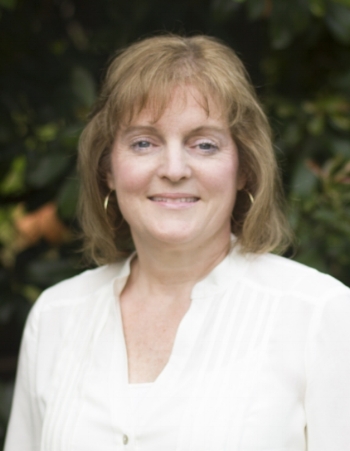 Pamela Brower earned a Bachelor in Health Science from Nova Southeastern University. She recently retired as the Department Chair of a CAAHEP-accredited sonography program in East Texas for 20 years. While there, Pam was awarded the 2008 Endowed Chair for Teaching Excellence. Currently, she is a consultant for Inside-Echo, assisting Vascular Labs with IAC accreditation. She enjoys using her passion for teaching and serving with medical teams during missions to Haiti, the French Congo, Nepal, and with Mercy Ships. She is also an item writer for the CCI/RVS. Born in Boston but living in Texas, her Bostonian roots run deep for the Red Sox and Patriots. 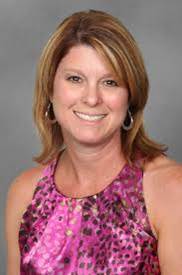 Cara Vickery began her career as a Radiologic Technologist prior to studying sonography at Owens Community College. She earned her Bachelor of Science degree from Siena Heights University and a Master of Education in Healthcare from St. Joseph’s College of Maine. She is currently the Program Director for the Diagnostic Medical Sonography program at Bowling Green State University, Firelands College and a practicing sonographer at The Bellevue Hospital. She gives back to her profession as a test item writer for ARDMS, site visitor for CAAHEP, and volunteer committee member for the SDMS. 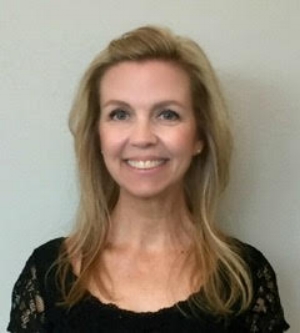 Jacqueline Bennett began her career in the U.S. Army where she trained as an X-Ray Technologist. She cross-trained into ultrasound at the Landstuhl Army Medical Center in Germany. She earned her Bachelor of Science degree in Radiologic Sciences from Florida Hospital College of Health Sciences (now known as Adventist University). She received her Master of Science degree in Health Studies from Texas Woman’s University. She served as a Program Director for a CAAHEP-accredited sonography program in North Texas and as a volunteer committee member for the SDMS. She continues to work as both sonographer and educator and has a strong desire to give back to the profession she loves. 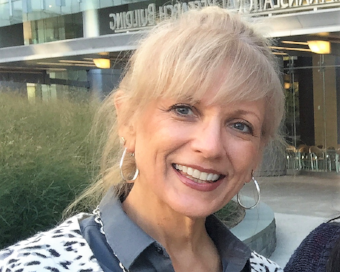 Debbra Soffer currently works at the Children’s Hospital of Philadelphia as a senior Fetal Cardiac Sonographer and Main Line Health System as an Adult Cardiac Sonographer. She began her career in radiology and trained in ultrasound at Thomas Jefferson University Hospital. She earned her Bachelor’s in Health Sciences and a Master’s certificate in Training and Development from the University of St. Francis. Debbra has co-authored several ultrasound articles. She has multiple years of experience in senior management and leadership roles in both for-profit and non-profit organizations. She has served the SDMS on the nominating and CME committees, and lobbied passionately for the CARE bill on multiple occasions with the ASRT. She has participated in ultrasound outreach in Haiti through RAD-AID and in her local community through CHOP, and hopes to continue to do so. 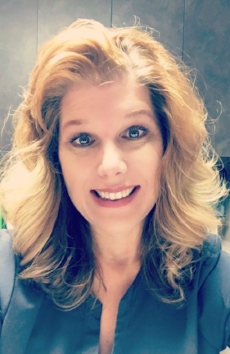 Brandie Bach began her career as a Radiologic Technologist. She received her Associate of Science from Tarrant County College. She worked as a Radiologic Technologist in both X-Ray & CT while attending the sonography program at El Centro College. She has been working in the field of sonography since 1993. She earned her Bachelor of Science in Healthcare Administration from UT Southwestern. Brandie has served as an ultrasound educator, clinical instructor, and Program Director for a CAAHEP-accredited sonography program. She recently received the Top 25 Technologists award in 2016 from the NTRTS. Brandie serves on the sonography education committee for the ARRT. She also enjoys volunteering for medical outreach programs. She has recently served on medical mission trips to Jamaica and Trinidad. 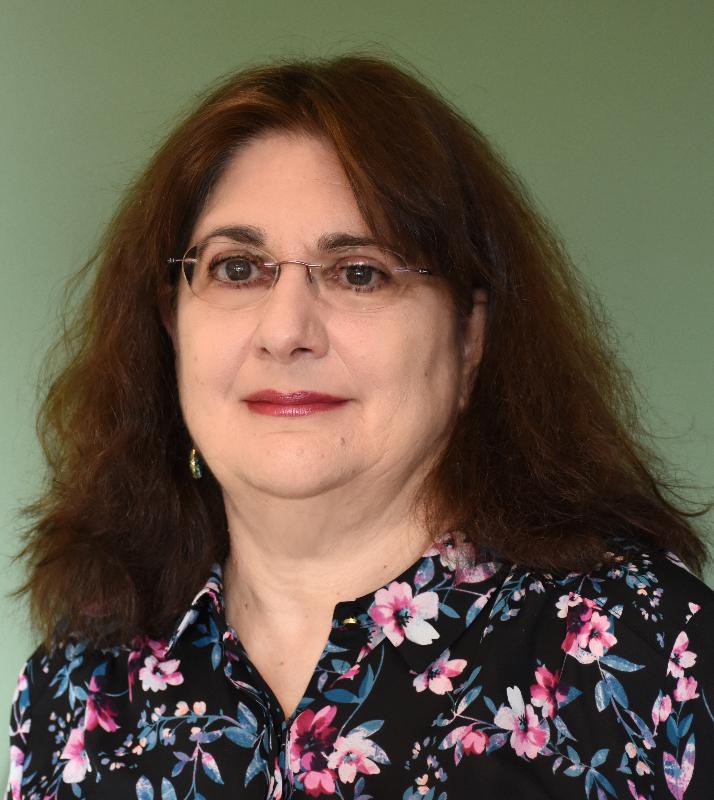 Rosemarie P. Cann, BS, RDMS, RDCS earned her Bachelor of Science degree in Diagnostic Medical Imaging from SUNY Downstate (Brooklyn, NY) in 1985. Shortly after graduation, she quickly earned ARDMS credentials in Abdomen, OB/GYN, and Adult Echocardiography. Although the early years of Rosemarie’s sonography career were spent in the clinical setting, the majority of her professional life has been devoted to sonography education and upholding the commitment to high standards for future generations of sonographers. Through the years, she published several book chapters and journal articles, has been the Program Director of 2 CAAHEP-accredited DMS programs, and now develops continuing education courses for the sonography community. Rosemarie is an SDMS member and also wants to give back to the profession she is so proud to be a part of. She feels fortunate to volunteer for IFSER, an organization that supports Ultrasound Educators and does such important work worldwide to improve access to quality ultrasound imaging. 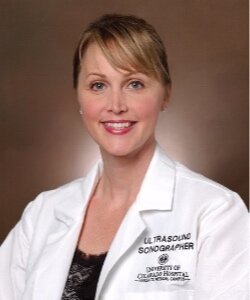 Emily Downs graduated from the University of Nebraska Medical Center with a BS in Radiation Sciences. She currently is the Program Director, sonographer, and proud alumnus of the Diagnostic Medical Sonography program at the University of Colorado Hospital in Denver, CO. She specializes in lecturing for all areas of the ultrasound program curriculum and performing high risk obstetric sonography and fetal echocardiograms. Emily was the recipient of the Alice Friedlander Scholarship for Outstanding Leadership by the Nebraska Medical Center Auxiliary Board, the SDMS Trudy Dubinsky Memorial Scholarship, and the Radiology “Image Matters” Award for Outstanding Achievement. She has participated as an item writer for the ARDMS, is an active member of SDMS and AIUM, and has authored articles for Vascular Technology Today and the Journal of Ultrasound in Medicine. 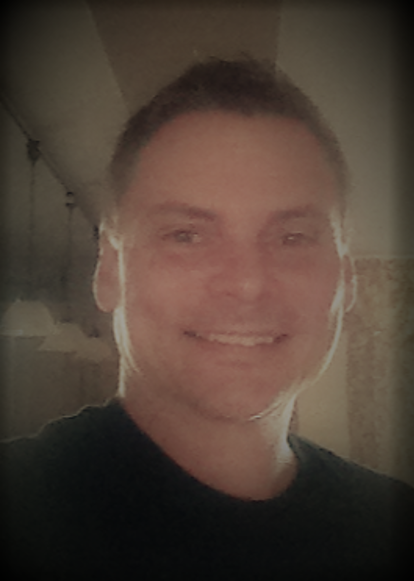 Jeff Gunderson earned his X-Ray Technology degree from United Hospital and Grand Forks Clinic, Ltd., North Dakota in 1983 and his Diagnostic Ultrasound degree from the University of Iowa in 1985. Then, in 1995, he graduated from St. Francis University, Illinois, with a BS in Health Arts followed by an MS focused on Leadership in Higher Education Administration from St. Cloud State University in 2009. Jeff has over 35 years’ experience in the sonography profession. He has been the Program Director of the Diagnostic Medical Sonography Program at St. Cloud Technical & Community College since December 2001. Jeff has served on SDMS committees over the past several years and has been a board member for the Midwest Society of Diagnostic Ultrasound for 12 years. Born in Minnesota, he enjoys doing things in the great outdoors! 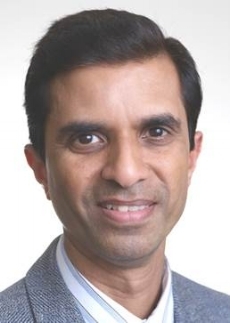 Dr. Nandkumar Rawool is currently an Associate Professor and Program Director of the Diagnostic Medical Sonography and Cardiovascular Sonography programs at the Department of Radiologic Sciences at Thomas Jefferson University in Philadelphia, PA. Before accepting his current position, Dr. Rawool spent over a decade in the Department of Ultrasound/Radiology at Thomas Jefferson University Hospital. The TJUH Division of Ultrasound is considered to be one of the largest in the United States and probably the entire world. Dr. Rawool’s work involves both clinical work with patients and performing ultrasound research. Dr. Rawool has more than 100 publications and scientific presentations – in ultrasound and radiology journals and at international medical meetings. 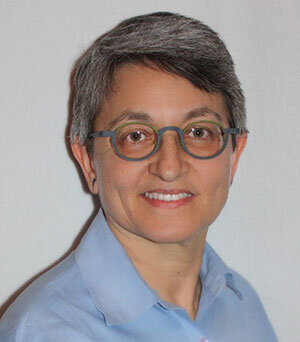 Dr. Kerry Weinberg is currently the Associate Professor and Program Director of a CAAHEP-accredited program in New York. She earned her BA degree at Fordham University, her MPA at New York University, and an MA and PhD at Fielding Graduate University. She has spent many years giving back to the profession by serving on the SDMS board; the JDMS editorial board; the ARDMS board; as both a member and Chair of the JRC-DMS; and as Vice-President of CAAHEP. Kerry is an SDMS Fellow. She continues to be active in these organizations. Additionally, she is a member of AIUM and ASE. Kerry has written several chapters and reviews sonography books. Kerry has lectured nationally and internationally and has been fortunate to perform international outreach to Guyana and Bangladesh. 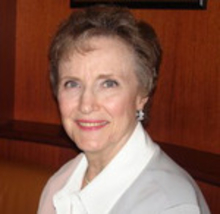 IFSER owes an incredible debt of gratitude to Marveen Craig, a long time board member who helped establish our organization. She began her ultrasound career more than 40 years ago and has served as clinical sonographer, commercial applications specialist, educator, international lecturer, consultant and author. She was the founder of the International Ultrasound Institute in Dallas, Texas (1979 to 1986) and has served the SDMS in many capacities as president, executive director, keynote speaker, etc. She was among the first sonographers to achieve Fellow Status (1984). Marveen received the American Institute of Ultrasound in Medicine’s Pioneer Award (1988) and was the first recipient of the Joan Baker Pioneer Award (1995). She was the first recipient of the Don Milburn Service Award (2004) in recognition of her many contributions to the field of ultrasound. In the field of writing she has served as feature writer and editor to numerous journals and has authored six books. Though retired from IFSER in 2014, she remains a friend, advisor, and inspiration to everyone in our organization.